We’re in the press! 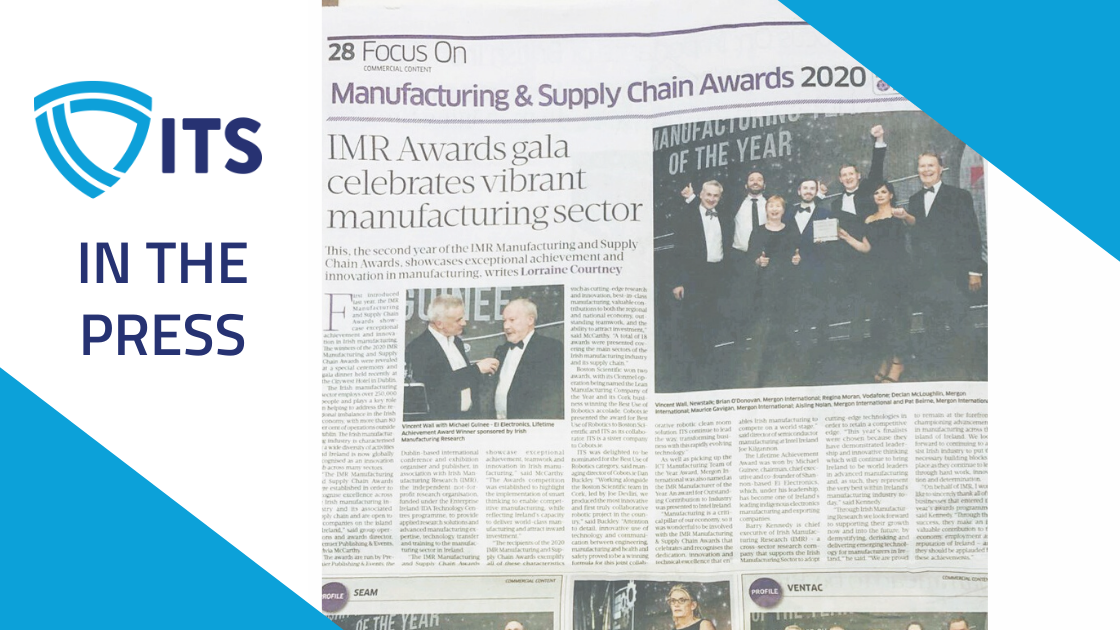 The Sunday Business Post published an article on Sunday about the IMR Awards Gala and the vibrant manufacturing sector in Ireland right now. We were delighted to be featured in connection with the project which won the Best Use of Robotics award, which the ITS team and Boston Scientific won on the night.

Managing Director of ITS, Dan Buckley, was asked to comment on the contribution of ITS.

ITS was delighted to be nominated for the Best Use of Robotics category, said managing director of Cobots.ie, Dan Buckley. “Working alongside the Boston Scientific team in Cork, led by Joe Devlin, we produced the most innovative and first truly collaborative robotic project in the country,” said Buckley. “Attention to detail, innovative use of technology and communication between engineering, manufacturing and health and safety proved to be a winning formula for this joint collaborative robotic cleanroom solution. ITS continue to lead the way, transforming business with this rapidly evolving technology.”

Once again, congratulations to Boston Scientific and a huge thank you to the whole ITS team who not only made this project possible but made it award-winning!

Quotes are taken from the Sunday Business Post, Sunday, February 16, 2020

Mar 18COVID-19 MEASURES
Feb 17We’re in the press!
Feb 13ITS at the Manufacturing & Supply Chain Expo